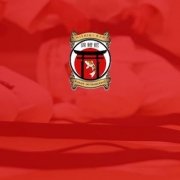 The main buildings of a castle at a World Heritage site in Okinawa, regarded as a symbol of the southern Japanese prefecture, burned to the ground in a predawn fire Thursday, with the blaze finally suppressed hours later.

The fire started just before 2:40 a.m. at Shuri Castle, one of Okinawa’s major tourist spots, in the prefectural capital Naha, and was extinguished at around 1:30 p.m. after destroying seven wooden buildings occupying a total of 4,800 square meters.

There were no immediate reports of injuries, but more than 30 nearby residents were temporarily evacuated, local authorities said.

The original castle at the site dated back to the Ryukyu Kingdom, which spanned 450 years until Okinawa was annexed by Japan in 1879.

The castle was left in ruins after fierce World War II ground battles with U.S. forces in 1945. It opened as a national park in 1992 with the Seiden main hall and some other buildings restored. Restoration work had continued until recently.

The local fire department suspects the blaze began in the Seiden hall but is still investigating the cause. More than 10 fire engines were dispatched to contain the blaze.

Chief Cabinet Secretary Yoshihide Suga told a press conference «Shuri Castle is an extremely important symbol for Okinawa,» adding the government «will do its best to reconstruct» the castle.

Security guards near the castle were alerted after a fire alarm sounded and they saw smoke billowing from the main hall, police said.

In addition to the main hall, the Hokuden north hall and Nanden south hall were completely destroyed. The three halls were not equipped with sprinklers as their installation was not mandatory, according to the local fire department.

A festival recreating scenes from the kingdom’s rituals had been held at the site since Sunday and staff were preparing for related events until late Wednesday night. None of them were believed to be present when the fire broke out, according to the police.

All the gates directly connected to the Seiden hall were locked when the blaze started, they added. The festival, which was supposed to run through next Sunday, was canceled following the fire.

The Cultural Affairs Agency sent inspectors to the site to investigate the cause and examine the fire prevention system. The agency said it will report to the U.N. Educational, Scientific and Cultural Organization, the certifying body for World Heritage sites, after confirming how the fire started.

The park at the site was closed following the fire and it was uncertain when it would reopen. The site, visited by about 2.8 million people in the fiscal year through March, is on next year’s Tokyo Olympic torch relay route.

Naha Mayor Mikiko Shiroma told a press conference that she was «extremely sorry» and «shocked» to hear the news. «We have lost our symbol,» she said.

«This is a loss for all humanity,» tweeted UNESCO Director General Audrey Azoulay, expressing «deep emotion and sincere solidarity with the Japanese people.»

The disaster saddened locals as the smell of burning and white smoke filled the air in residential areas near the site.

«The castle burst into flames, then the framework of the Seiden hall collapsed, with the fire spreading to an adjacent building,» said Ritsuko Shiratori, 70, a local resident who witnessed the fire from the highest floor of a condominium building.

«I feel so sad that the castle was gone this way after being restored,» she added.

«I feel like someone I was close to has passed away,» said Tokiko Taira, 69, with tears in her eyes. «This is shocking. We have no choice but to work hard and restore it again,» a 66-year-old man said.

Built upon a hill and surrounded by walls, the castle served as the royal palace of the Ryukyu Kingdom and its administrative office. Important rituals were held in a square in front of the Seiden hall, according to experts.

Kurayoshi Takara, professor emeritus of history at the University of the Ryukyus, said the oldest remains unearthed at the site date back to the 14th century and that the castle welcomed envoys from Chinese emperors as well as Commodore Matthew Perry and the U.S. warships he commanded in 1853.

Perry later visited a port in what is now Yokosuka, near Tokyo, demanding Japan end over 200 years of isolation and open itself to foreign trade.

The castle whose architecture incorporated Japanese and Chinese culture was «the identity of Okinawa that was repaired after the war based on a strong local desire,» Takara said. «The damage is immeasurable.»

The castle ruins, excluding the restored buildings, were registered as Japan’s 11th UNESCO World Heritage site in 2000, along with ancient monuments in the island prefecture.

During the July 2000 summit of the Group of Eight major powers in Okinawa, leaders had dinner in the north hall.